After the collapse of state socialism in Central and Eastern Europe (CEE), the former socialist countries’ inclusion into the competitive global economies advanced as both; temporally and spatially uneven processes. These uneven processes presented myriad diversities, thereby implying significant shifts and high levels of creativity in finding ways of adapting to new forms of socio-political realities, which in turn offered a multitude of opportunities for urban research.

Subsequently, scholarly attention has been paid particularly on examining interconnections between historical-, sociological-, and market-related aspects of transitioning processes. However, the exact implications of their spatial transformations have been largely absent within systematic research. Contrary to the often more adaptable socio-political structures of cities, built urban environment requires more time to adapt to changes and consequently reflect the new ideological concepts. This thereby warrants thirty years of comprehensive transition (1989-2019) as an optimum point of departure for undertaking a thorough and in-depth reflection. Hence, the international conference “Three Decades of Post-socialist Transition” seeks to bring together leading urban academics to discuss issues of post-socialist transition and a multitude of its effects on built urban environment from diverse perspectives. In addition, we also aim to challenge and advance both our knowledge and practice around the complex links within the neoliberal development agenda, socio-political changes, post-socialist identity formation, representation of cities and the urban space. 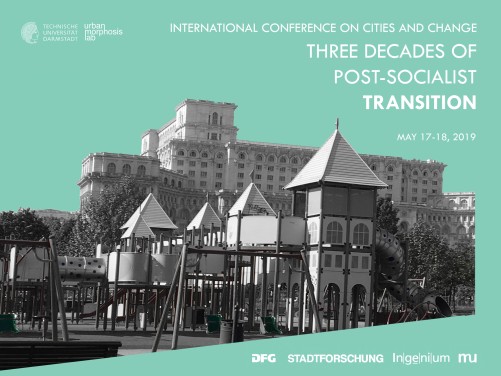 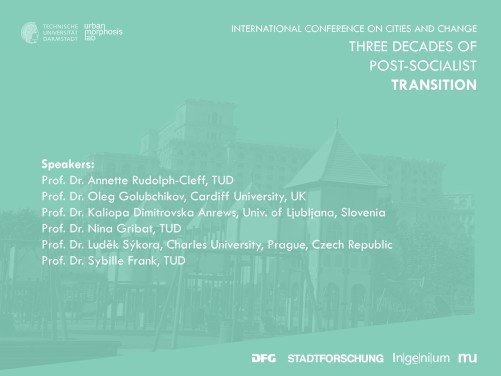 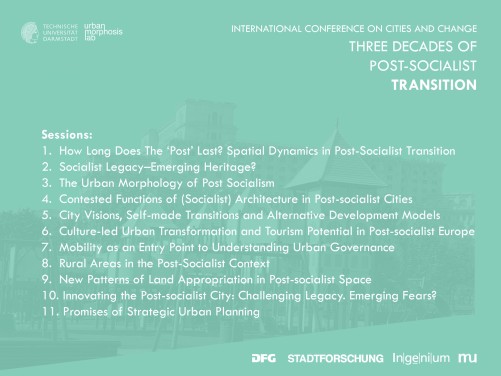 Urban Morphosis Lab is a research lab established in 2018, based at the Department of Architecture in TU Darmstadt and places its focus on investigating complexity and diversity in contemporary urban changes. The Lab aims to provide a a research platform for investigating diverse phenomena in urban change, and fostering connections between international researchers with similar research foci, thereby enabling networks that can provide more comprehensive knowledge.